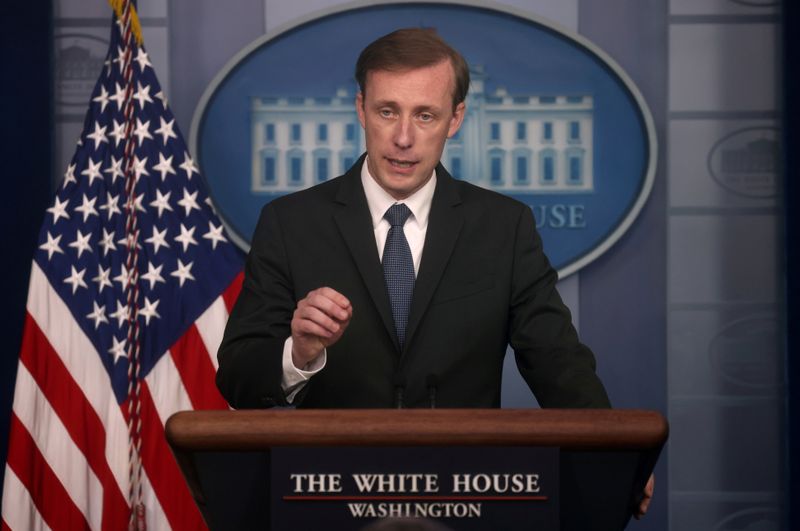 WASHINGTON (Reuters) -Top advisers to U.S. President Joe Biden and Turkish President Tayyip Erdogan spoke on Wednesday about defense issues and how to resolve disagreements, the White House said, days after Turkey’s leader threatened to expel U.S. and other ambassadors.

Erdogan over the weekend ordered 10 envoys to be declared “persona non grata” for seeking the release of jailed philanthropist Osman Kavala. He withdrew the threat on Monday, saying the envoys had stepped back and would be more careful.

“They also agreed on the importance of continued dialogue to manage disagreements and maintain constructive bilateral ties,” the White House said in an allusion to the diplomatic dispute.

Kalin and Sullivan talked about details of the planned meeting between Erdogan and Biden in Glasgow later this month, TRT said.

It said the officials had emphasized the strategic importance of Turkish-U.S. ties, of discussing issues with “mutual respect, understanding and within the framework of common interests,” and of adhering to international agreements.

Kalin told Sullivan that Turkey’s battle against militia in Syria that “threaten our country’s border security and Syria’s territorial integrity,” including the U.S.-backed Kurdish YPG, would continue in a determined way, TRT reported.

Turkey has carried out three military incursions into northern Syria since 2016 targeting the Syrian Kurdish YPG militia. Turkish officials said two weeks ago that Ankara is preparing further military action if talks with Russia and the United States do not yield results.