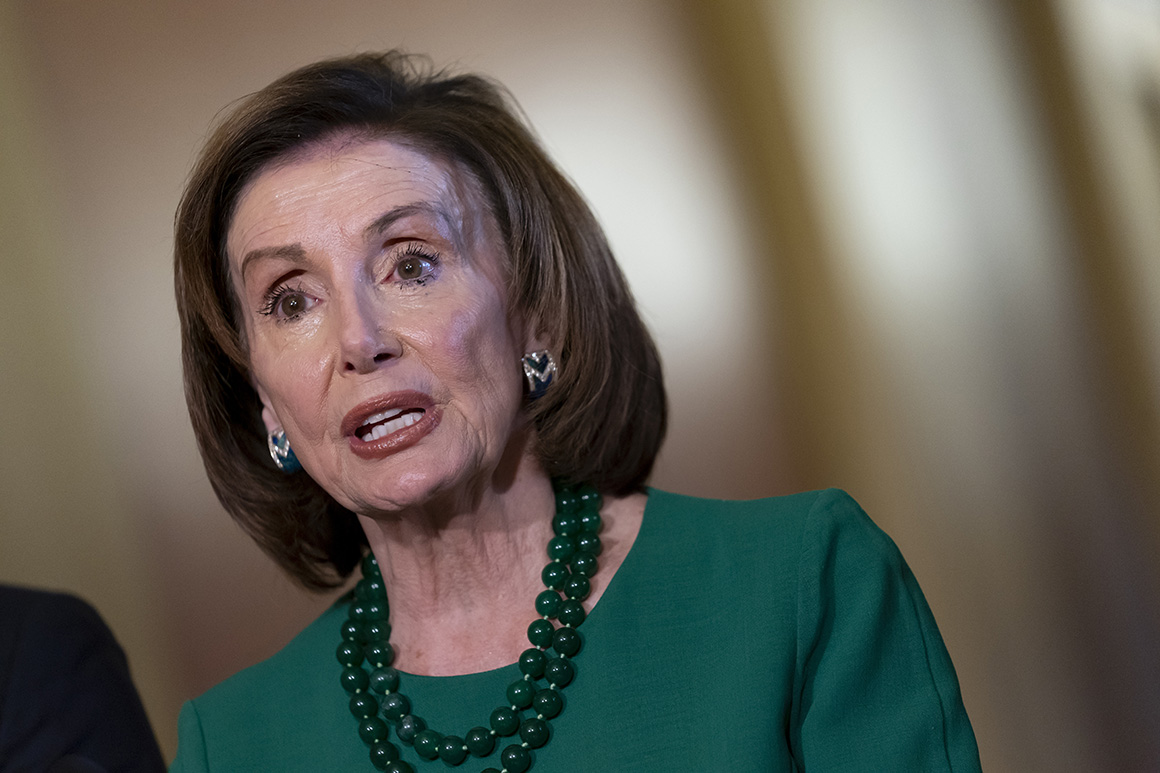 Five moderates have publicly declared they’d be unwilling to back the full bill until Congress’ nonpartisan scorekeepers can prove that the legislation will be fully paid for, but privately more centrists have aired the same grievance. Their resistance, alongside lingering questions about the social spending plan’s treatment of immigration and paid leave provisions that face a grim Senate future, makes the legislation’s path to a House floor vote even harder.

Regardless, the speaker told members in a closed-door meeting Thursday morning that she hopes to vote as soon as that evening on the broader bill, with a Friday vote on the Senate-passed infrastructure bill. The remarks came during a two-hour meeting of Democrats, where key committee chairs painstakingly outlined the provisions in the massive domestic policy bill as they readied members to vote for one of the largest bills in history.

“We’re going to pass both bills, but in order to do so, we have to have the votes for both bills,” Pelosi later told reporters at a press conference, declining to provide a firm schedule.

House Democrats are making yet another forceful push to vote this week after making progress in several key areas of contention, which includes immigration as well as concerns over whether the bill would be fully paid for. Pelosi and her leadership team believe they are on a path to winning over a trio of Democrats who have refused to back the bill without immigration reforms, after a day of frenetic meetings on Wednesday.

Additionally, between 12 and 15 moderate Democrats, many from swing districts, have privately told leadership they won’t be ready to vote Thursday unless they have more clarity about exactly what’s in the bill after a slew of changes were unveiled a day earlier, according to multiple people familiar with discussions. Several of those Democrats planned to meet Thursday to discuss the new budget data, known as a score, from the Joint Committee on Taxation.

Among the moderates’ concerns: Passing a bill in the House that will just be gutted, or perhaps ignored entirely, by the Senate. Many moderates have insisted that the House should take up infrastructure — which has already passed the Senate and been scored — while spending more time on the $1.75 trillion bill.

“There needs to be some level of understanding as to whether or not this bill, as written, can survive the Senate’s procedural process,” said Rep. Stephanie Murphy (D-Fla.), a centrist leader.
For her, that includes immigration, which she said would be “selling immigrants a false hope” if any provisions are included that will simply be stripped out in the Senate.

Democrats are still hopeful they’ve made a breakthrough on immigration, but there’s still an enormous hurdle: the Senate parliamentarian. Upper-chamber Democrats have refused to take their newest compromise language to the upper chamber’s rules arbiter, according to several people familiar with discussions. They’ve said it’s because they don’t have a full score from the Congressional Budget Office.

“They haven’t gotten a CBO score and without it we can’t make the case,” said Sen. Bob Mendendez (D-N.J.).

“They’ve been very, very strong in their opinions. And there are some protections for undocumented people in in the legislation,” Butterfield said. House Administration Chair Zoe Lofgren (D-Calif.) told Democrats in their Thursday meeting a pathway to citizenship, a long-sought goal for Democrats, would not be in their legislation — a push that had drawn fierce pushback from moderates.

“It’s not everything we wanted, but it’s an improvement over the situation,” Lofgren said.

Latino Democrats who had pushed for more immigration provisions seemed to be coming on board with the plan.

“We need to advance the bill to give the senators an opportunity to use their rules” to see how much else can be moved forward, said Hispanic Caucus Chair Raul Ruiz (D-Calif.).

Months of infighting over Biden’s two giant bills has roused impatience to vote this week among the Democratic caucus — anxiety that was heightened after Democrats’ shellacking in Virginia and other states in Tuesday’s election.

Senior Democrats have not ruled out weekend work in the House.

Democratic Whip Jim Clyburn (D-S.C.) said it “is not my anticipation” that lawmakers would be in Washington, D.C., through this weekend, citing his own planned business in California over the next few days.

Meanwhile, in the Senate, Democrats are still publicly projecting confidence they can take up the broader spending bill before Thanksgiving, but they also could go to a long-delayed defense policy bill if it’s not ready. The Senate leaves for recess on Thursday afternoon and returns Nov. 15.

“At some point, we’ve got to pass something. If Joe Manchin’s saying it’s gonna be weeks, let’s pass something on the House side,” said Rep. Ami Bera (D-Calif.)

Marianne LeVine and Burgess Everett contributed to this report.