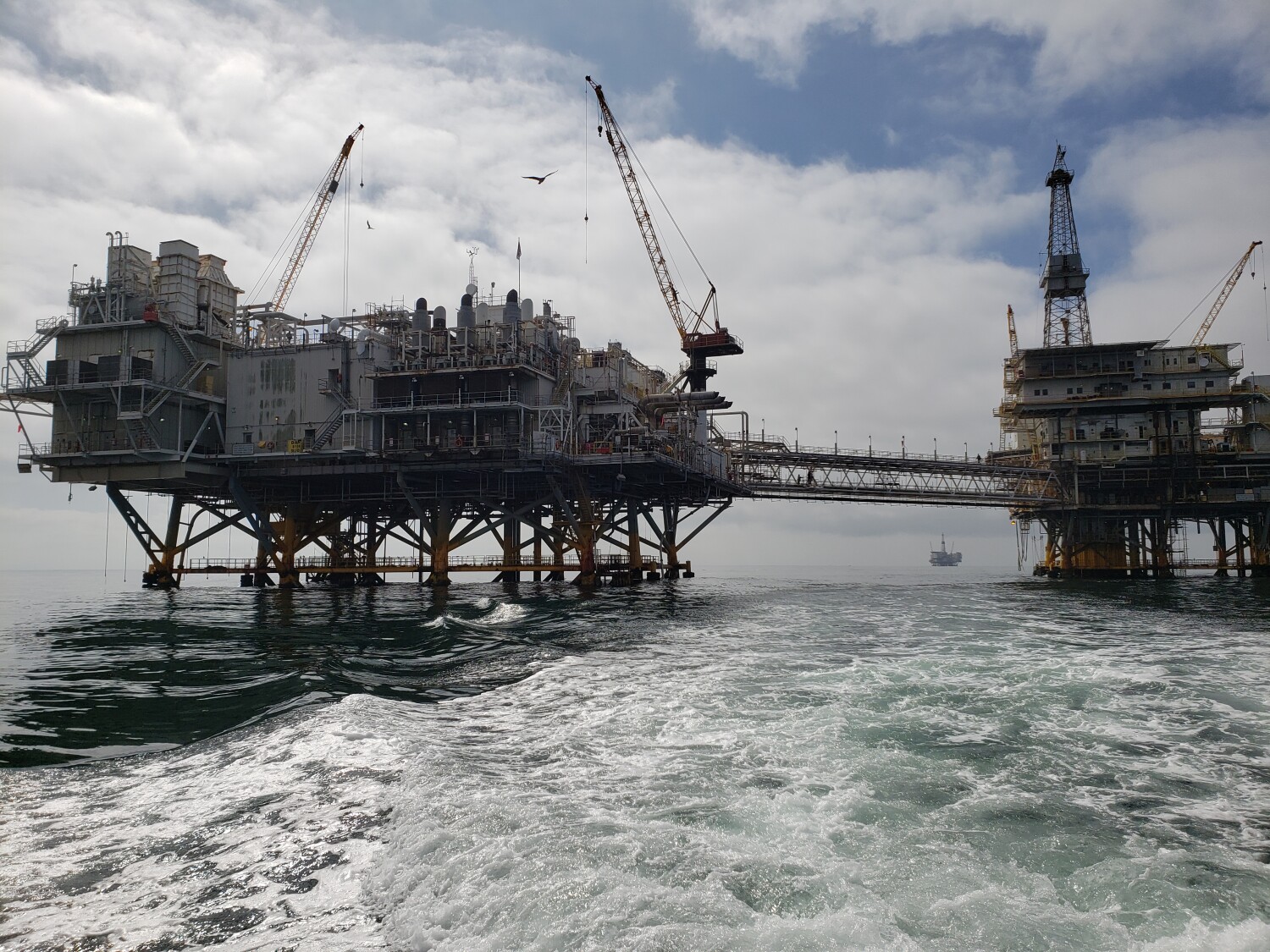 A massive oil spill off the Orange County coast that’s fouled beaches and ecologically sensitive wetlands in what officials are calling an environmental catastrophe has renewed calls to ban offshore drilling.

The spill, first reported Saturday morning but perhaps detected the night before, originated from a pipeline running from the Port of Long Beach to an offshore oil platform known as Elly. The failure caused roughly 144,000 gallons of oil to gush into the Catalina Channel, creating a slick that spanned thousands of miles.

In the days that followed, the spill has left crude along stretches of sand in Newport Beach, Laguna Beach and Huntington Beach, killing fish and birds and threatening sensitive marine habitats.

“The ecological and economic damage from this oil spill has the potential to reverberate for generations,” state Sen. Dave Min (D-Irvine) said this week.

Environmentalists have expressed concern about the aging infrastructure of oil platforms off the California coast, which has reinvigorated debate about whether the government should allow new drilling. No new offshore oil drilling has been approved in federal waters off the state coastline since 1984.

The Trump administration in 2018 proposed to open offshore oil and natural gas reserves, including those in the waters off California, for exploration. California — along with New Jersey, Delaware, New Hampshire and other coastal states — passed laws blocking new oil and gas pipelines and other infrastructure from being built on state lands. These restrictions make transporting oil prohibitively expensive.

“This oil spill is a tragic reminder that offshore drilling is a devastating threat to our coast and its wildlife,” said Miyoko Sakashita, director of the Center for Biological Diversity’s Oceans program. “I’ve seen the aging oil platforms off Huntington Beach up close, and I know it’s past time to decommission these time bombs. Even after fines and criminal charges, the oil industry is still spilling and leaking into California’s coastal waters because these companies just aren’t capable of operating safely.”

In May, U.S. Rep. Mike Levin (D-San Juan Capistrano) introduced legislation to prohibit any new leasing for the exploration, development or production of oil or natural gas along the Southern California coast, from San Diego to the northern border of San Luis Obispo County.

“The Southern California coast is home to world-renowned beaches, cherished marine life and billions of dollars in ocean-based economic activity that are central to our quality of life but are threatened by offshore drilling,” he said at the time. “My bill to ban new offshore drilling leases recognizes that it’s time to put our environment and our coastal economy first, not the fossil fuel companies that profit while polluting our coastline.”

Alexandra Nagy, California director for Food & Water Watch, an environmental advocacy group, said the spill in Orange County is further proof of the “devastation wreaked by fossil fuels on our environment.”