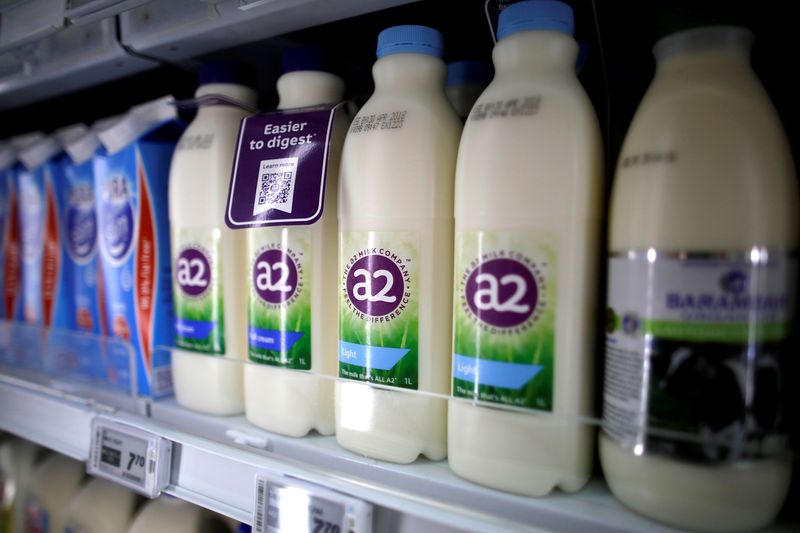 (Reuters) -A2 Milk Co Ltd said on Wednesday Australian law firm Slater and Gordon has filed a class action lawsuit against the dairy firm on behalf of investors who bought its shares over a nine-month period when it issued multiple earnings downgrades.

The class action alleges that a2 Milk engaged in misleading or deceptive conduct in breach of the Corporations Act, and also breached continuous disclosure rules in posting four downgrades between September 2020 and May 2021, Slater and Gordon said in a statement.

The downgrades came amid Australia’s souring ties with top trade partner China since 2018 and subsequent disruptions in the “daigou” channel, where Chinese shoppers buy products from outside China and resell it in the country. The channel accounts for a major portion of a2 Milk’s revenue.

“There was a strong basis to allege that the company provided misleading guidance and was obliged to correct the market’s understanding of its financial position at a much earlier time,” Slater and Gordon Class Actions Practice Group Leader Kaitlin Ferris said.

A2 Milk, which has lost nearly half its value since December, denied any liabilities and said it would “vigorously” defend the proceedings.

The lawsuit, which was filed in the Supreme Court of Victoria, comes months after media reports concerning a potential class action by the law firm.