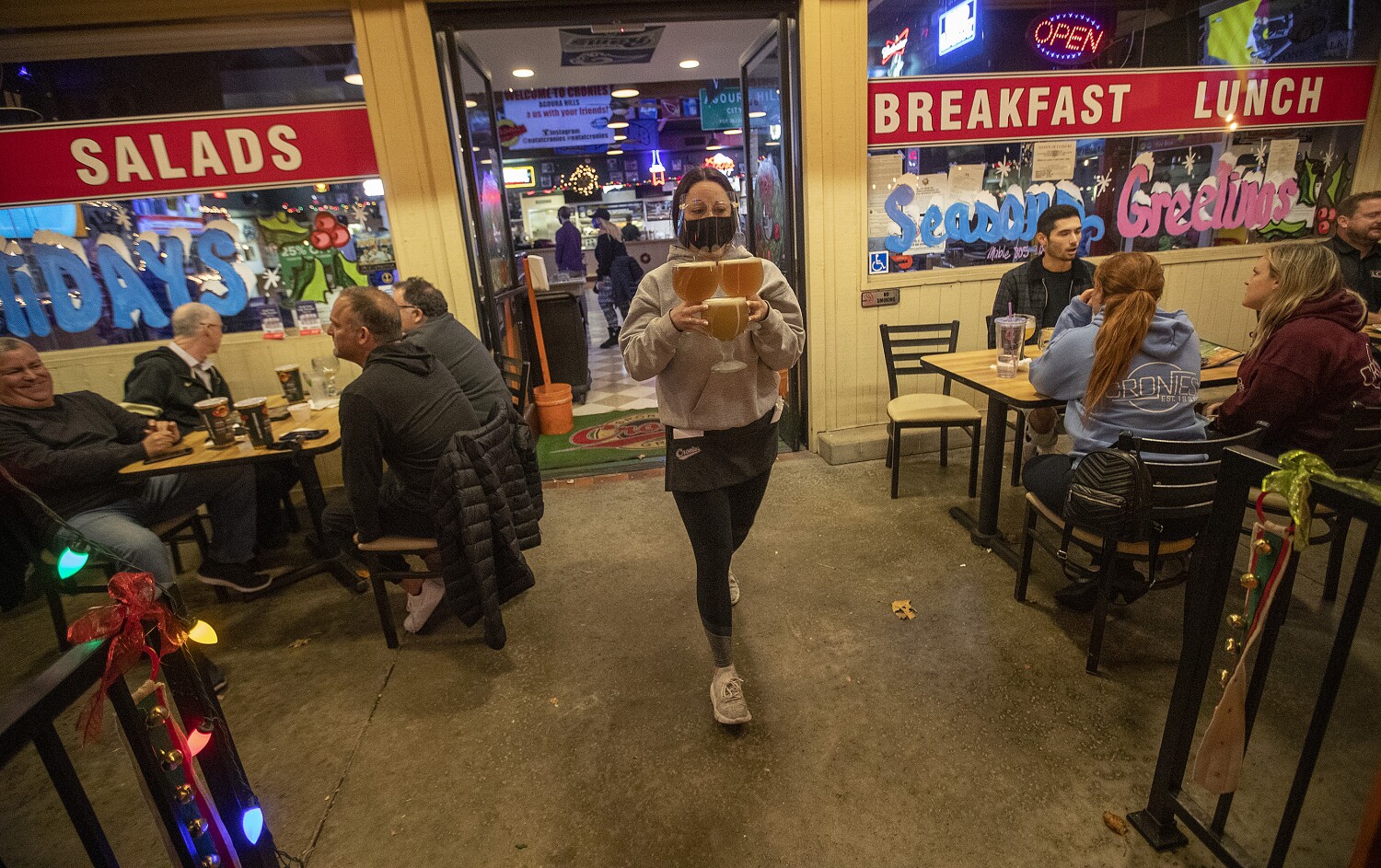 The settlement last week ended a months-long standoff that saw Cronies Sports Grill operating without a public health permit for most of 2021.

According to the settlement, Cronies must pay $9,999 in abatement costs. An additional $25,000 in civil penalties is suspended unless the restaurant violates county codes or the current county health order.

Cronies, located on Kanan Road, continued to serve diners outdoors, disregarding the county health order issued in November 2020 in the face of rising COVID-19 cases. David Foldes, a restaurant co-owner, said defiance of the order was both a matter of survival and a fight against “government overreach.”

County health officials cited the restaurant multiple times before suspending and ultimately revoking the restaurant’s public health permit in December. The county also issued a cease and desist letter to the restaurant.

The outdoor dining ban was lifted in late January. But Cronies continued to operate without the health permit and the county filed suit that month.

The city of Agoura Hills also filed a criminal complaint earlier this year against the restaurant for operating without a business license and health permit, Foldes said.

The “only reason” he and his partners settled with the county was because of the pressure from the city, Foldes said.

“The only way that they [the city] would drop that case or postpone it is if we settled with the county,” Foldes said Wednesday. He added that the restaurant had passed an inspection and was expected to receive its health permit.

See also  He was asleep in his car. Police woke him up and created a reason to kill him.

As it did with Cronies, the county issued several citations to Tinhorn Flats and revoked its health permit.

The city of Burbank also enacted measures against the restaurant, revoking its conditional use permit, installing sandbags, fencing and a padlock to block entrance, and receiving permission from a judge to cut the restaurant’s power.

The restaurant was ultimately evicted from its storefront this summer.