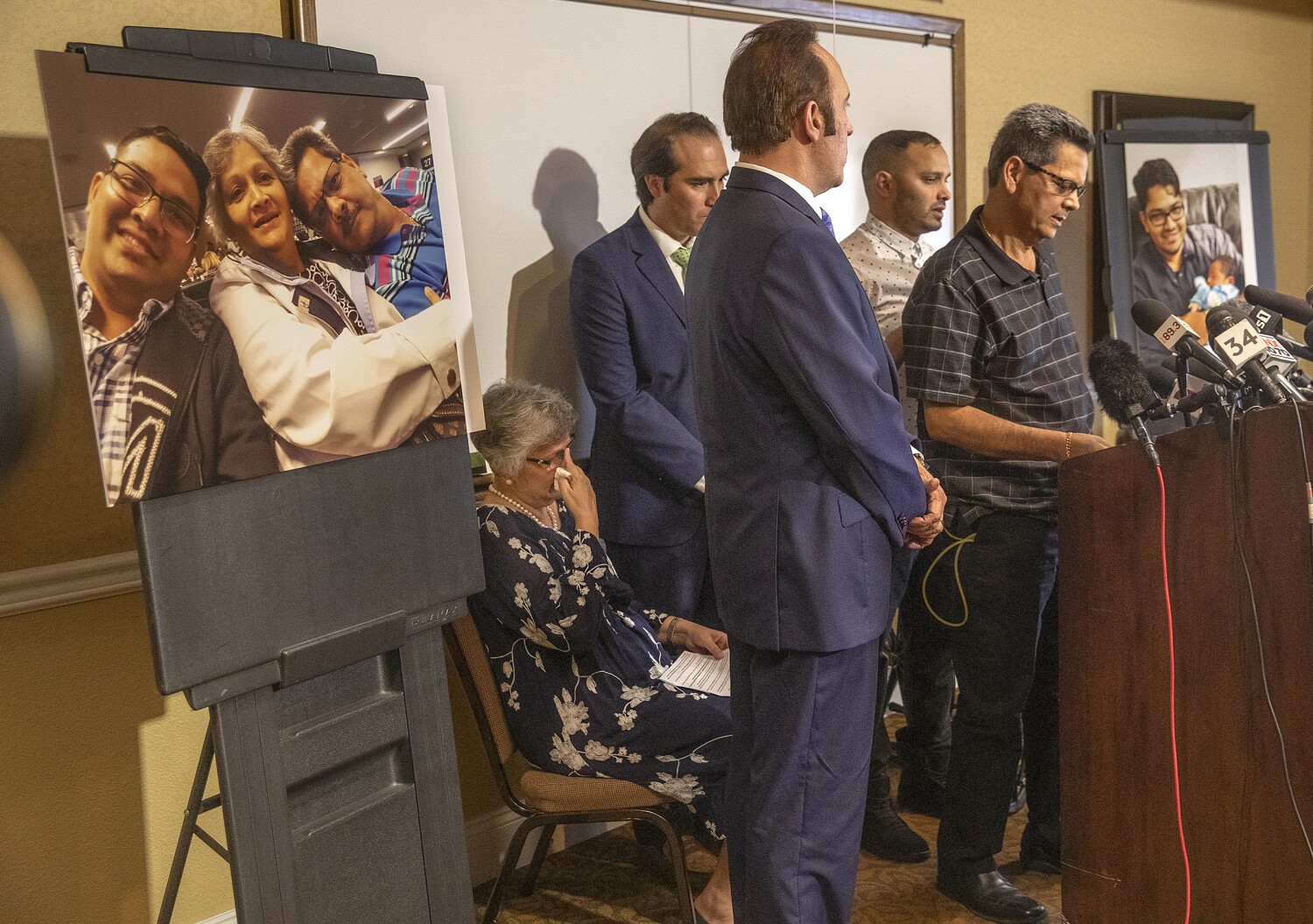 A federal jury awarded $17 million in damages on Wednesday to the family of a mentally disabled man who was fatally shot by an off-duty Los Angeles police officer inside a Costco in Corona.

The jury’s verdict came a day after U.S. District Judge Jesus G. Bernal found that Officer Salvador Sanchez used excessive and unreasonable force in June 2019 when he shot and killed 32-year-old Kenneth French. The shooting followed a brief confrontation between the two men while in a line to sample sausages.

Sanchez is awaiting trial on manslaughter and assault charges filed by the California attorney general’s office after a Riverside County grand jury declined to indict Sanchez a few months after the killing. He was fired by the LAPD last year after the L.A. Police Commission’s finding that he violated department policy in the shooting of French and his parents, who were gravely wounded.

After four hours of deliberations at the federal courthouse in Riverside, the jury of six women and two men found that Sanchez acted within the scope of his LAPD employment when he fired 10 shots at the French family while they were shopping at Costco.

The suit was filed by French’s parents, Russell and Paola French, against Sanchez and the city, but Los Angeles is liable for most, if not all, of the damages, according to Dale K. Galipo, their attorney. The damage award was unusually high for a police shooting case, said Galipo, who frequently represents victims of police shootings and their families.

“They’re hoping that now that they’ve received some justice on behalf of Kenneth, they can start the healing and closure process,” he said.

Rob Wilcox, a spokesman for City Atty. Mike Feuer, said: “We will review all our options including appeal.”

Sanchez was not in the courtroom Wednesday for closing statements or the verdict in the civil case. His attorney, Andrew C. Hubert, declined to comment.