While Europe awoke to find Facebook, Instagram, WhatsApp and Messenger services back online, the scale of Monday’s blackout quickly led to criticism. The European Union’s antitrust chief and digital czar, Margrethe Vestager, said the Facebook failure would focus minds on the company’s dominance.

“It’s always important that people have alternatives and choices. This is why we work on keeping digital markets fair and contestable,” Vestager said. “An outage as we have seen shows that it’s never good to rely only on a few big players, whoever they are.”

The networking problem that brought down services used by more than 2.75 billion people couldn’t have come at a worse time. After a U.S. television interview on Sunday, whistle-blower Frances Haugen will appear before a Senate subcommittee on Tuesday and will tell lawmakers what she calls the “frightening truth” about Facebook. Haugen’s accusations that the company prioritizes profit over user safety were still making headlines as Facebook services were down.

The revelations prompted U.S. Representative Alexandria Ocasio-Cortez to highlight the risks faced by countries that rely on the services for communication.

Facebook already faces numerous antitrust and privacy investigations across Europe as well as intense scrutiny of even small deals, such as its planned takeover of a customer-service software provider. The company was fined 225 million euros ($261 million) last month over WhatsApp data failings and faces separate antitrust probes from the European Commission and German competition watchdog Bundeskartellamt.

EU lawmakers will in coming months vote on new laws that would curb the ability of powerful Internet platforms such as Facebook to expand into new services. The services disruption showed the “serious consequences” of dependency on one company for key communication channels, and that Facebook should never have been allowed to buy Instagram and WhatsApp, said Rasmus Andresen, a German Green member of the European Parliament.

“Everyone in the European Union as well as in the U.S. must realize now at the latest that we need strong regulations against quasi-monopolies,” Andresen said in a statement. “We need close transatlantic cooperation.”

The event spurred calls for a new digital “order” by Turkish President Recep Tayyip Erdogan, a man with little tolerance for political criticism on social media. The hours-long shutdown showed how “fragile” social networks are, said Fahrettin Altun, his presidential communications director, urging a rapid development of “domestic and national” alternatives. “The problem we have seen showed us how our data are in danger, how quickly and easily our social liberties can be limited,” Altun said in a series of Twitter posts. 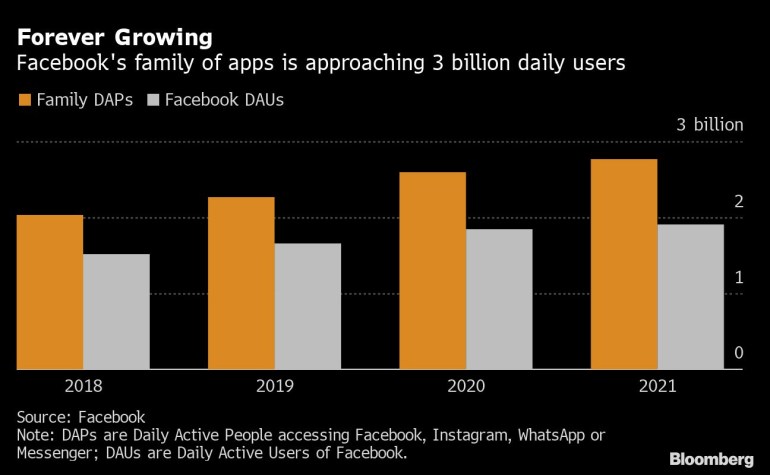 The nationalist Alternative for Germany party welcomed the disruption, with lawmaker Beatrix von Storch saying that she hopes competitors will benefit.

In Nigeria, the blackout silenced President Muhammadu Buhari’s communications team, government officials and governors in 36 states for six hours. The government has increasingly relied on Facebook to inform the public after Twitter’s services were blocked in Africa’s most populous country on June 5. A spokesman for the president’s office declined to comment.

Hungarian opposition politicians who use Facebook products to circumvent state-owned media outlets lamented that the company couldn’t be relied on as they campaign against Prime Minister Viktor Orban.

Facebook is “for us opposition politicians one of the last media outlets where we can talk to you and which isn’t totally dominated by” Fidesz, Orban’s political party, Budapest Mayor Gergely Karacsony said in a video posted on Tuesday. Problems with the platform threaten the ability to disseminate information, he said.

The outage forced some phone companies to take action. The Polish Play unit of Paris-based telecommunications company Iliad SA recorded an eightfold increase in the number of calls to its customer service between 6:30 p.m. and 7:30 p.m. local time, it said in a blog post on its website. It had to reconfigure its network to prevent an overload.

“This outage does show the over-dependence we have on a single company, and the need for diversity and greater competition,” Jim Killock, executive director of the Open Rights Group in London, said in an interview. “Their reliance of data-driven, attention-optimizing products is dangerous and needs to be challenged through interventions enabling greater competition.”