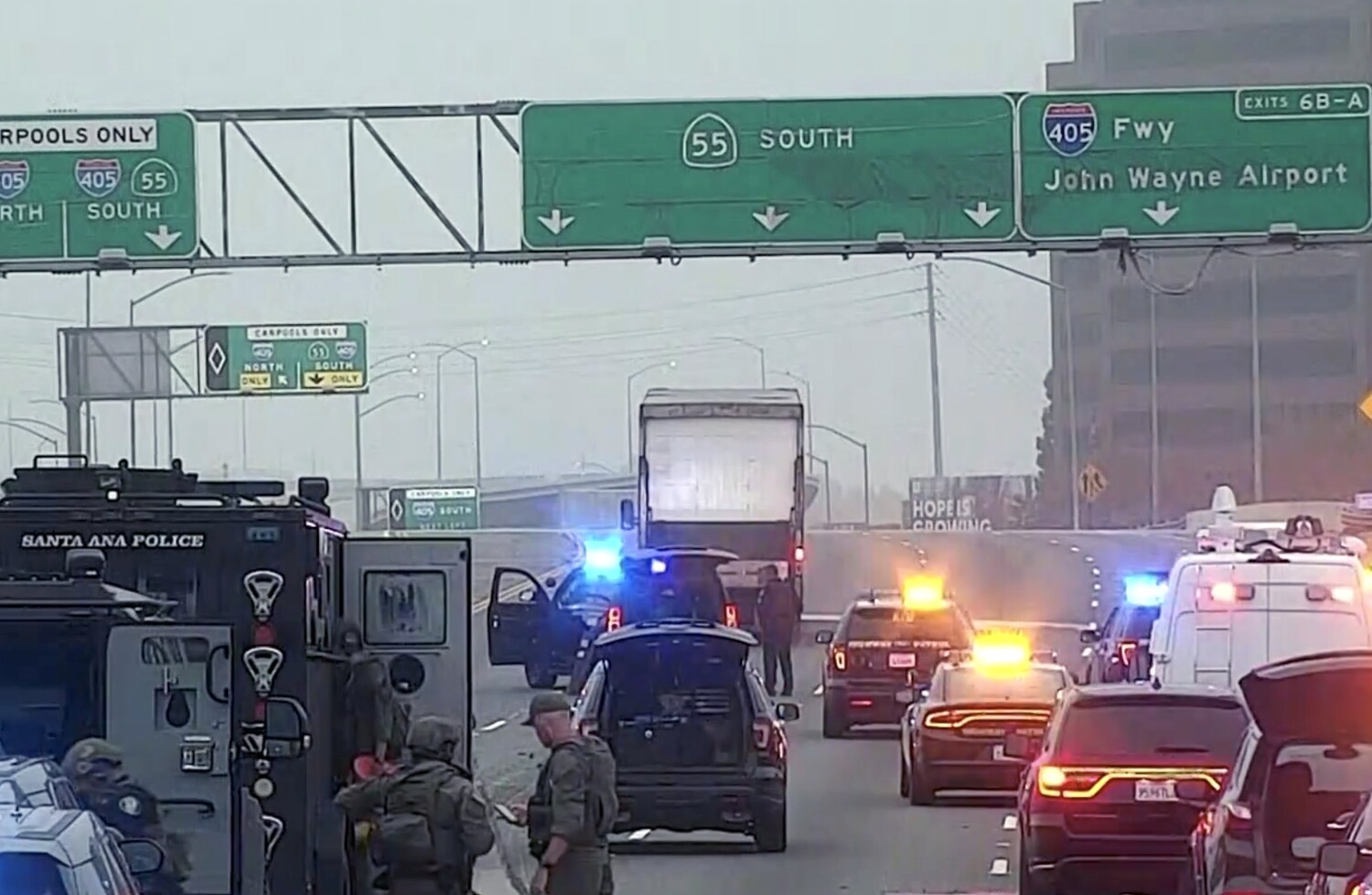 The driver of a stolen big rig led police on an hourslong slow-speed pursuit throughout Los Angeles and Orange counties overnight Thursday before crawling to a stop in Santa Ana after several tires on the 18-wheeler were blown out by spike strips.

The driver refused to come out of the cab, and as of 7 a.m. was in a standoff in the middle of the 55 Freeway with officers from the California Highway Patrol.

The big rig was first reported stolen around 8 p.m. from a FoodService yard in Bell, CHP officials said.

The driver led police through the San Fernando Valley, heading north on the 5 Freeway, and then west on the 118 into Simi Valley.

Several tires on the vehicle were blown out during the pursuit, and the big rig ultimately stopped on the 55 Freeway near MacArthur Boulevard in Santa Ana about 3 a.m.

All lanes of the southbound freeway were closed early Thursday. Caltrans officials were working to reroute vehicles that were trapped by the closure, CHP officials said.

This is a developing story. Check back for updates.