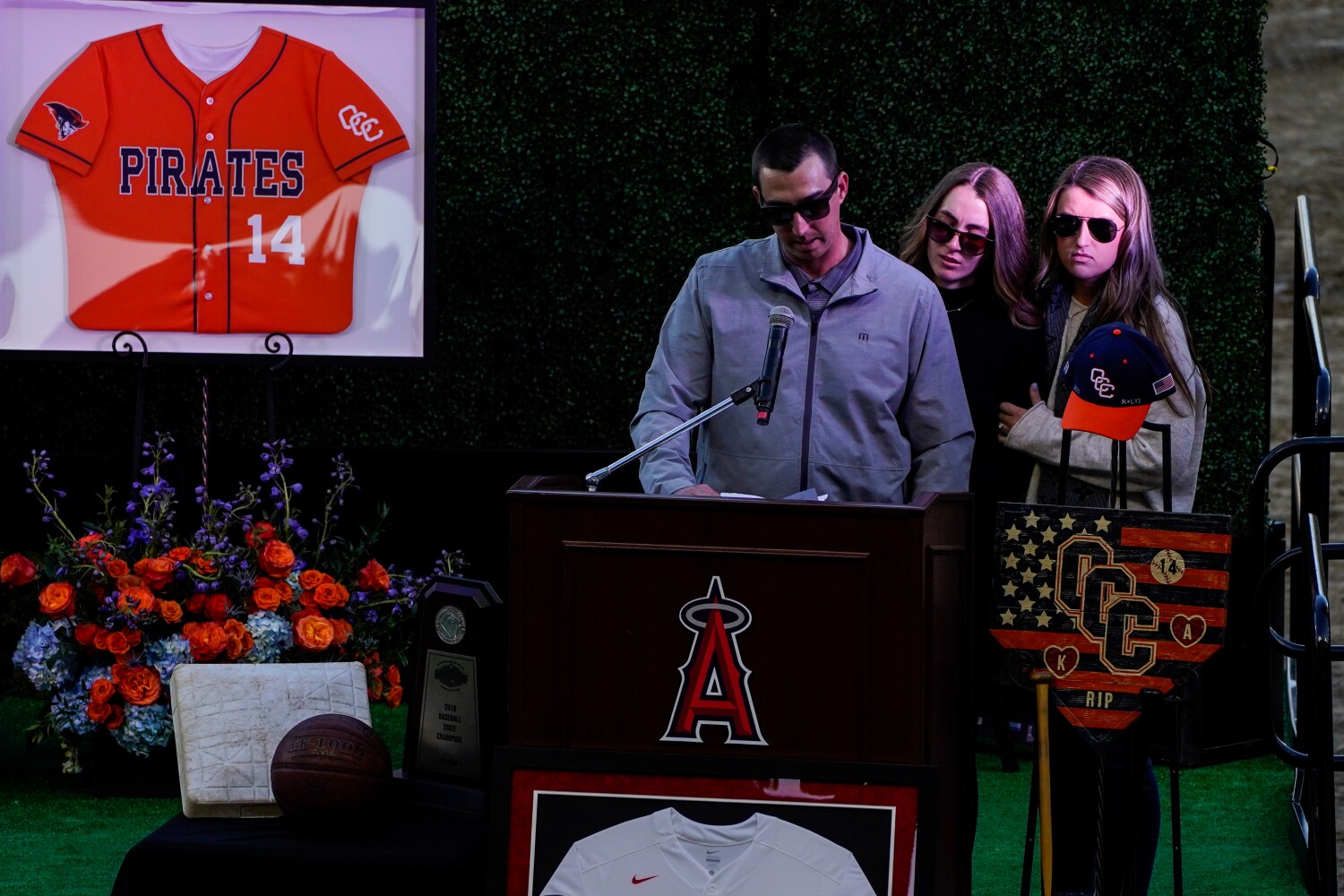 The Los Angeles County Board of Supervisors will consider approving a $2.5-million settlement for two families suing over the unauthorized sharing of photos of the Kobe Bryant helicopter crash, in which their loved ones also were killed.

Under the proposed settlement, which the board will review Tuesday, Matthew Mauser would receive $1.25 million and siblings J.J. Altobelli and Alexis Altobelli would share another $1.25 million. Mauser’s wife, Christine, and the Altobellis’ mother, father and younger sister — Keri, John and Alyssa — died in the Jan. 26, 2020, crash that also killed Bryant, his daughter Gianna and three others.

A report from the County Counsel recommended the settlement: “Given the risks and uncertainties of litigation, as well as the tragic accident giving rise to the lawsuits, fair and reasonable settlements at this time will avoid further litigation costs; therefore, full and final settlements of the two cases are warranted.”

The county has already spent approximately $1,292,592 in fees and legal costs in the two cases.

“We believe these proposed settlements of $1.25 million are reasonable and fair to all concerned,’ said attorney Skip Miller, of Miller Barondess who represented the county “We are pleased that the Mauser and Altobelli families, who as private citizens suffered the same grief and loss as others, will be able to move forward after these settlements, which are subject to final approval by the Board of Supervisors. We also hope that eventually the other families will be able to do the same.”

The lawsuits mirror one filed by Vanessa Bryant, the widow of Lakers legend Kobe Bryant, who lost her husband and 13-year-old daughter in the crash. In a deposition made public last week, Bryant revealed how Sheriff Alex Villanueva pledged to her personally that no one would take photographs of her family.

Bryant has waged an intense battle with the county, even using her social media cache to castigate the sheriff and name the deputies linked to the photo scandal.

The fight has intensified in recent weeks. County lawyers are seeking to force Bryant to undergo a psychiatric examination in advance of a February 2022 scheduled trial. Lawyers for the county have argued in court papers that she cannot suffer severe distress from crash photos she and the public have never seen.

County officials and the attorney representing L.A County, Skip Miller, have repeatedly emphasized in court papers that none of the photographs have been made public, in print or online, and that they were shared only by county personnel.

But Bryant won a legal victory this week, forcing Villanueva and Fire Chief Daryl Osby to be deposed in the case.

Lawyers for L.A. County had sought to block Villanueva’s testimony, arguing that he doesn’t have any relevant information that Bryant’s attorneys can’t obtain elsewhere. Heads of government agencies are not typically subjected to depositions because of the potential for abuse and harassment that could get in the way of them performing their duties.

But U.S. Magistrate Judge Charles F. Eick knocked down the county’s argument, saying Villanueva and Osby both appear to have “unique first-hand, non-repetitive knowledge” relevant to the case. The judge limited each deposition to four hours.

Bryant’s attorneys have said in court papers they plan to question the sheriff about his involvement in directing deputies to delete the photos and whether that was done to protect the loved ones of those killed in the crash or to cover up the misconduct.

The lawsuits Bryant and the Mauser and Altobelli families filed stem from revelations that sheriff’s deputies shared grim images of the crash scene, despite Villanueva’s assurance “that every possible measure” was instituted to “preserve and protect” the Calabasas site, according to court papers.

The dissemination came to light after a deputy trainee showed images on his cellphone to patrons at a bar. Citizens complained about that instance and one in which a firefighter showed photos to a group of off-duty firefighters and their partners, according to filings in the lawsuits.

The suits allege the unauthorized photographs were a result of the Sheriff’s Department and Fire Department failing to adequately train and supervise personnel. They identify deputies Joey Cruz, Rafael Mejia, Michael Russel and Raul Versales, and fire captains Arlin Kahan, Tony Imbrenda and Brian Jordan as among those who shared the images.

Since the allegations were made last year, one of the fire captains has retired, another was demoted and one is on leave.