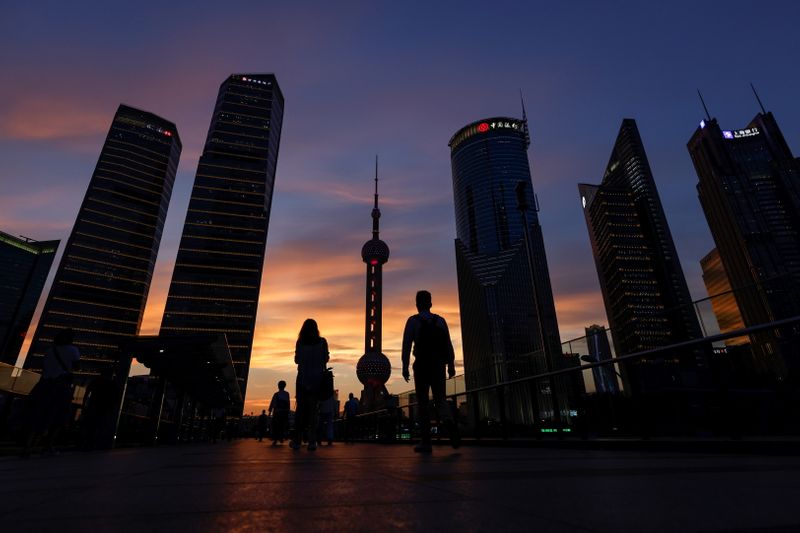 LONDON (Reuters) – Sovereign wealth and public pension funds are piling into venture capital mega-deals beyond Silicon Valley even as frothy valuations raise fears of overheating among a surging number of unicorns.

The promise of returns at multiples of equity markets’ has made venture capital increasingly inviting for state-owned investors, while their deep pockets make them enticing backers for cash-hungry start-ups.

In the first nine months of this year, state-owned investors made $14.9 billion in venture capital investments, up from $8.9 billion across all of 2020, data from Global SWF showed.

Participation by sovereign wealth funds and other government funds in U.S. venture capital deals by value reached a five-year high as of the end of June, according to PitchBook data.

While the U.S. represented almost half of all capital flows by sovereign investors into venture capital in 2020, it accounted for only a third of the deals seen in 2021, according to Global SWF, with China and India sucking in more flows to capture 40% of the 2021 total.

“Technology, as a whole, is everywhere, from food, to transportation, energy to logistics. Now it is seen as a good opportunity to diversify a portfolio,” said Javier Capape, director of sovereign wealth research at the IE Center for the Governance of Change.

“There are enough investable projects globally and more established teams around the globe to identify them. The (COVID-19) pandemic has not stopped this trend, and virtual pitching has overcome it successfully.”

While the venture capital arms of Abu Dhabi’s Mubadala and Canadian pension fund OMERS loom large in funding circles alongside Singapore’s Temasek Holdings, either under its own name or that of its VC arm, other players are dipping toes in through VC firms or directly.

Along with several other state-owned investors, QIA also invested in a $3.6 billion deal for India’s Flipkart.

Having made a $1.2 billion investment in India’s Jio Platforms last year, Mubadala is eyeing more opportunities in Southeast Asia, Ibrahim Ajami, its head of ventures and growth, said on a recent company podcast.

“We are focused on expanding into this region (India and Southeast Asia) because that is a very large population, a digital-first population, very mobile, very tech-savvy,” Ajami said.

Sovereign funds’ interest, along with that of other, newer market entrants like private equity firms, hedge funds and mutual funds, has fuelled a venture capital boom, stoking worries about rich valuations.

The number of unicorns – privately held start-ups with a valuation of more than $1 billion – swelled by 16% to 842 between June and September, according to CB Insights, which expects the overall number to break 1,000 by early 2022.

The rise in part also reflects more companies opting to stay private for longer during a time of uncertainty about the post-pandemic outlook for equity markets.

While venture capital allows state-owned investors to participate in early-stage deals, among sovereign funds there has been a shift to investing in more mature start-ups.

A huge majority of sovereign wealth deals in the U.S. during 2021 have been at $100 million or larger, notes Kyle Stanford, VC analyst at PitchBook.

“As the mega-deal market has grown, sovereign wealth funds have found more opportunities to put huge chunks of capital to work in single deals,” said Stanford.

“These funds are massive, and so for many, smaller deals do not offer the return necessary to make the deal worthwhile.”

That could change if an expected tapering of U.S. bond purchases sends ripples through public markets and dampens appetite for initial public offerings, a popular exit route.

“The impact on their overall portfolio can be relatively modest as VC is a high-alpha, high-risk part of their overall strategy,” he said. Because they are large pools of capital, he added, “they are better positioned to take on the risk”.