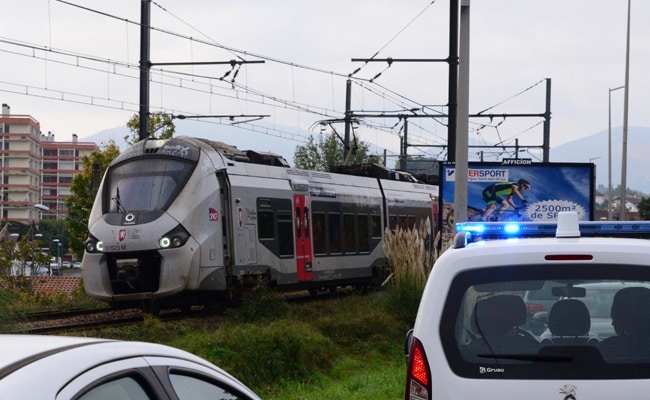 The men were believed to have spent some time in Spain before heading to France.

Three migrants were killed and one seriously hurt on Tuesday when they were hit by a train in southern France, local officials said.

The four were thought to have been lying on the tracks near the station at the seaside town of Saint-Jean-de-Luz when they were caught unawares by the first train of the day passing at around 0300 GMT, said local prosecutor Jerome Bourrier.

He said the train’s emergency brakes would not have been enough for the drivers to avoid the four men, who he said were Algerian nationals aged between 21 and 40.

Bourrier said the fourth victim was no longer in a critical condition and he was due to undergo an operation.

The men were believed to have spent some time in Spain before heading to France, with Bourrier saying one had been expelled by Spanish authorities.

“It is clear that all the victims are of Algerian origin, and three of them had been subject to procedures in Spain over the irregularity of their presence,” said Bourrier.

Local mayor Eneko Aldana-Douat told AFP that one of the victims was already known to the police, suggesting they had been on French territory for a while.

Spain is one of the main gateways to Europe for migrants, with 16,586 irregular entries in the first seven months of the year, according to figures published in August by the Spanish interior ministry.

That figure was 50 percent higher than in the same period last year.

In August, a migrant died while trying to cross the Bidasoa river that separates Spain and France.